Integrating CLIL into Your EFL/ESL Lessons To Engage Your Learners

We all know the fact that there are many different ways to teach English as a foreign language. As a 21st century ESL/EFL teacher, you still need to be aware of all the innovative and new teaching practices in order to deliver a successful teaching session. Nevertheless, the online TESOL certificate course trains ESL/EFL enthusiasts in an all-encompassing way but implementing all those different teaching methods are totally up to you. Lately, the CLIL technique of ESL/EFL ESL/EFL teaching has become amazingly popular due to the growing interest in educating bilingual learners.

Today, let’s talk about CLIL and the significance of implementing it!

CLIL stand for Content and Language Integrated Learning and it’s a magnificent language immersion teaching-method. CLIL encourages education through structure rather than instruction only. It aims more for fluency, not accuracy. Here, the topic of the lesson is more significant than the language. CLIL lessons teach different new content with the added element.

Through this way, the learners became actively interested more in the content of the lesson and the language goals are secondary. The acronym CLIL was coined in 1994 by David Marsh, who provided the following description for the approach: “Content and Language Integrated Learning refers to any dual-focused educational context in which an additional language, thus not usually the first language of the learners involved, is used as a medium in the teaching and learning of non-language content. It is dual-focused because whereas attention may be predominantly on either subject-specific content or language, both are always accommodated” (Marsh, 2002). While Coyle (2010) defines CLIL as “an educational approach in which various language supportive methodologies are used which lead to a dual-focused form of instruction, where attention is given both to the language and to the content”. For example, if you have an ESL/EFL class full of learners from Thailand, you’ll teach them subjects but won’t use any Thai language related things to do so. Means you’ll be using English and only English in its place.

What are the advantages of CLIL?

Well, why should we be using CLIL in the EFL/ESL classroom?

Focusing more on a topic makes your learners more to be interested in the lesson and highly engaged. 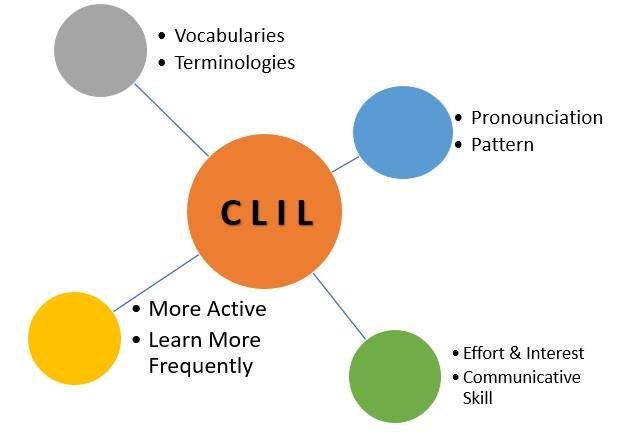 Well, we must acknowledge that there are a few critical aspects of CLIL too:

Apart from these aspects, it is still valuable to consider bringing CLIL into your EFL/ESL classroom.

Characteristics of a CLIL EFL/ESL Lesson

Well, CLIL is developing as an effective teaching methodology in the traditional EFL/ESL classroom and has been popular in international schools. 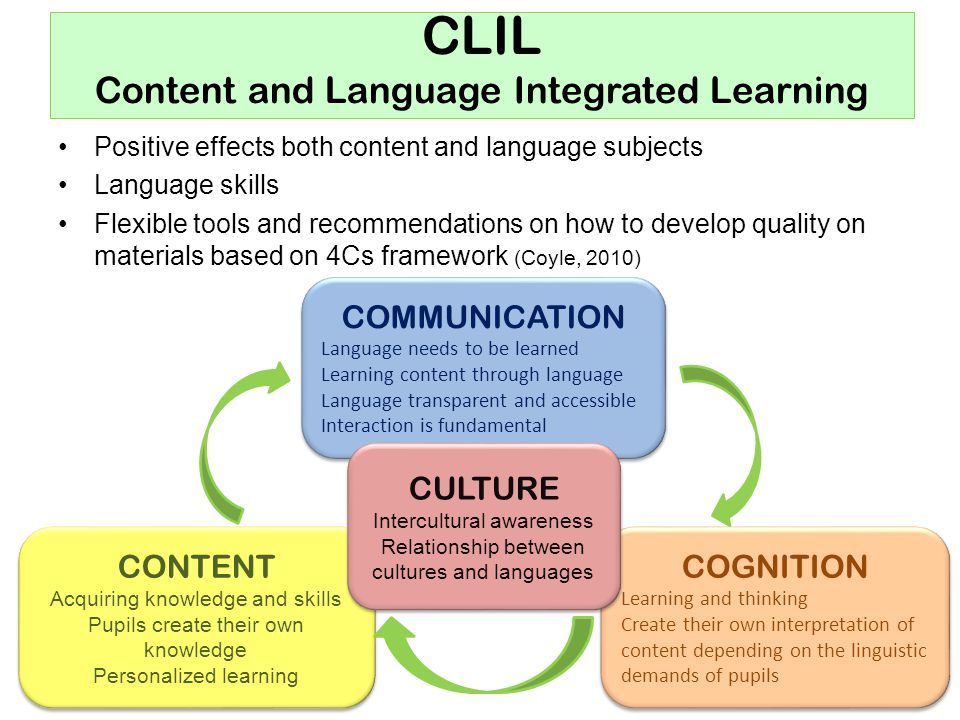 Let’s look at the universal features of a CLIL EFL/ESL lesson:

Sometimes, CLIL is being called English across the curriculum as well.

Implication of Executing the CLIL in EFL/ESL Lesson

Well, CLIL in EFL/ESL is an effective teaching-method to empower learners of all ages and levels of fluency. When you apply the CLIL lessons, you’re delivering your learners the chance to develop, to obtain cross-disciplinary skills by using a language which is completely different from their own.

CLIL is also an interesting method to encourage positive attitudes towards developing the language learning. Here, your learners will be stimulated to keep talking more and more that will help your students to communicate confidently. Also, in CLIL, your learners won’t be spoon-fed their language lessons. 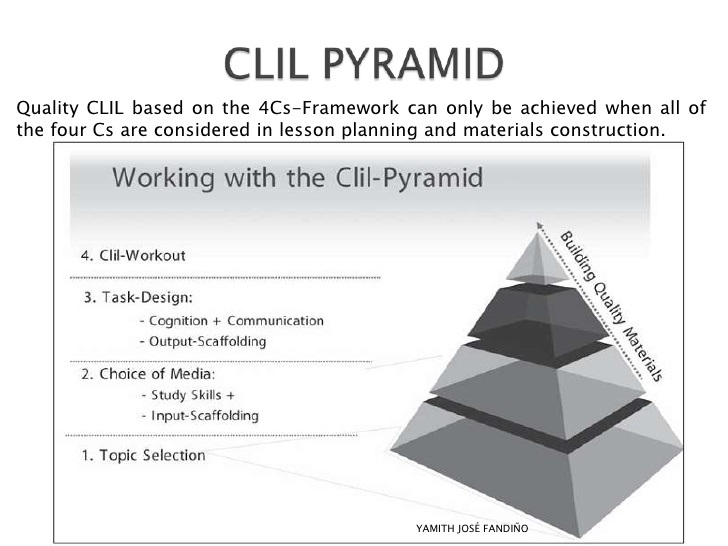 How to Integrate CLIL Process of Teaching in Your Classroom?

Well, honestly speaking CLIL is not a new perception. Since the early nineties, the name has been around. There are 4 different parts of integrating CLIL into your classrooms:

We are sure this is not an exhaustive list but these 4 factors are the major ones.

In order to incorporate CLIL into your classrooms, try to include cross-disciplinary themes. CLIL process isn’t about just having your learners learn about the language, it’s about having them use the language practically. Therefore, make sure that your students study grammar in context-based aspects. This will help them to pick up grammar, syntax and conjugation naturally and prominently. Here, you can also include some authentic learning materials, such as newspaper articles, blogs or documentary clips, etc. After your students have completed the tasks, you can focus on correcting and providing feedback on grammar usage in particular.

A successful CLIL lesson should syndicate elements, according to the 4Cs curriculum (Coyle 1999):

In a CLIL lesson, all four language skills should be combined and these are – Listening, Reading, Speaking and Writing.

Well, you can also let the learners work in pairs or groups and present a little bit of role playing. Role playing is also an effective way to teach and encourage learners to come out of their zones. Apart from the role plays, some of the other great CLIL activities include – Presentations, Science experiments and so on. Also, remember, feedback and motivation are the heart of any language class. CLIL encourages collective work and the attainment of multidisciplinary and task-based skills.

The Future of CLIL

Well, applying CLIL into your classrooms needs a reconsideration of the traditional teaching concepts of the language classroom as well as the language teacher. There are certain immediate obstacles in the way of CLIL. 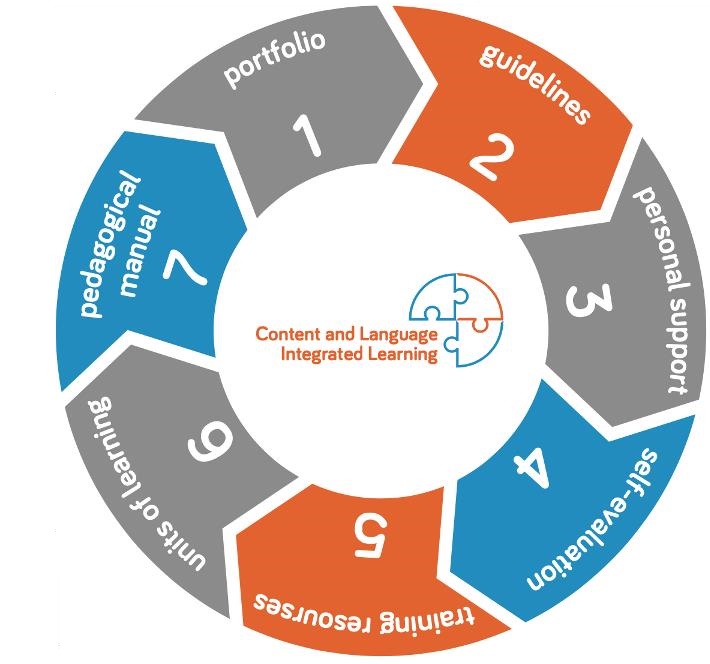 One of the major issues of CLIL is most of the current CLIL programmes are tentative and there are just a few sound research-based experiential studies. Also, the CLIL practice is generally based on the language acquisition mostly, but in monolingual situations, a good deal of conscious learning is needed from the subject teacher. Moreover, the lack of CLIL teacher-training programmes may be ill-equipped to do the job effectively.

Well, CLIL practice has precedents in learning-engagement programmes in North America and education through a marginal or a national language stages in Spain, Wales and France. In EFL/ESL studies, different terms have been connected with different provinces. During the past 20 years, with the time, numerous foremost European organisations specialising in CLIL projects have developed, including UNICOM, EuroCLIC and TIE-CLIL.

So, how can you determine yourself as a CLIL teacher?

You may already be following and implementing many of CLIL’s principles, here are some of them:

If you are teaching on a specific programme including the above-mentioned methodology then you are already a part of it. (Even if you are uninformed of the term CLIL, you may already have been using CLIL practice for several years).

The future of the CLIL practice is potential and we can’t ignore its features. The online TESOL certificate course prepares the ESL/EFL enthusiasts in every possible way by including all of the things that we have discussed in this write-up. Incorporating a number of 21st century teaching agendas can help you to formulate your ESL/EFL lessons effectively which are attainable for your learners. 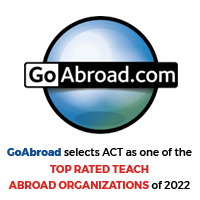 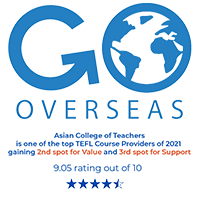 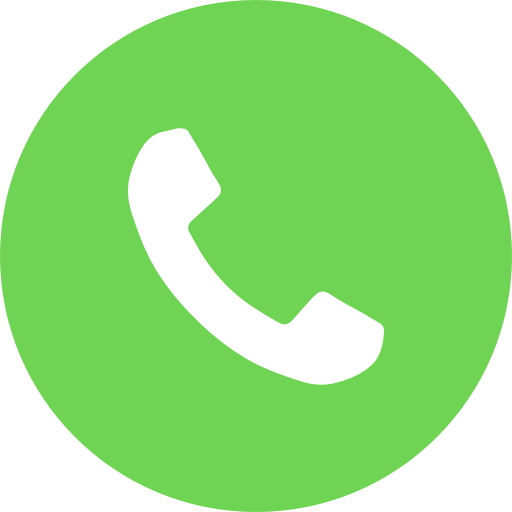